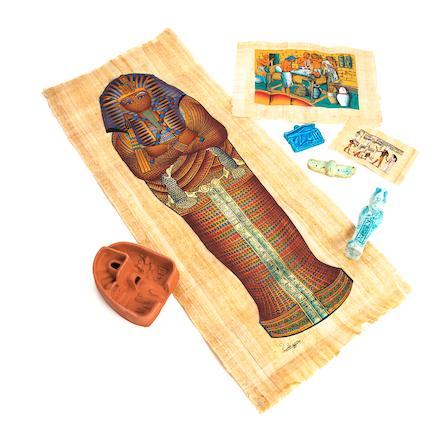 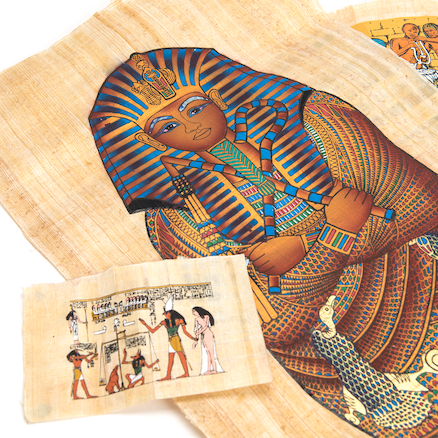 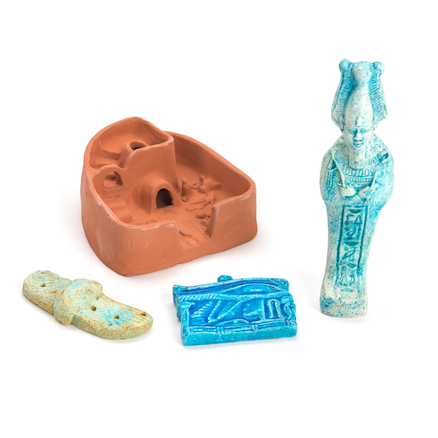 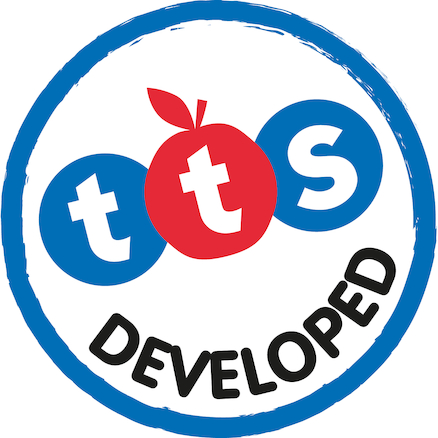 Mummification and Ancient Egyptian death rituals are a great way to engage your class before exploring Egyptian life further.

Authentic replica items covering the Ancient Egyptians elaborate set of burial customs, which they believed were necessary to ensure immortality after death. Perfect for an enquiry approach to learning giving a “sense of history”.

The soul house was a simple pottery model, intended to provide the essentials for the next life for the poor: food, drink, a home. Such models typically show a modest rural dwelling, its courtyard filled with offerings of bread, beer, meat, fruit and vegetables. The winged scarab would was used within the wrapping on the body, covering wounds in the mummification process, the scarab was seen as a symbol of this heavenly cycle and of the idea of rebirth or regeneration. Osiris was an Egyptian god, identified as the god of the afterlife, the underworld, and the dead, but more appropriately as the god of transition, resurrection, and regeneration. The Eye of Horus is an Ancient Egyptian symbol of protection, royal power and good health.