SPEND & SAVE! Save up to £100 on Primary Curriculum. Enter code PRIMARY in the basket. 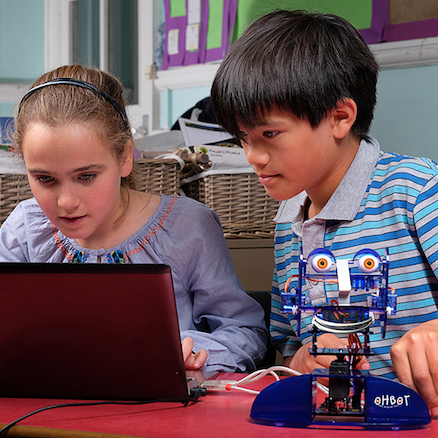 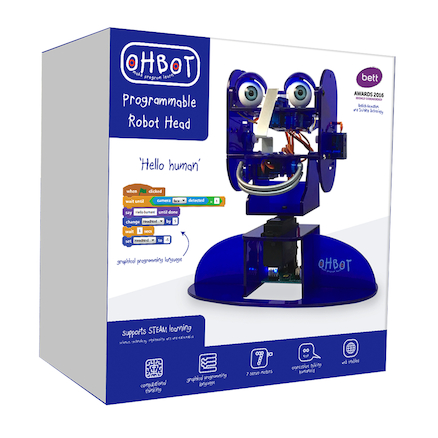 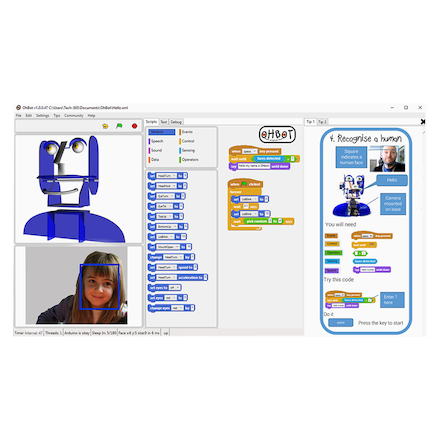 Ohbot is an assembled robot head that is programmed by children.
Read more

*Terms and conditions: 1. This offer is valid until 04.10.2021 and applies to full priced qualifying Primary Curriculum items only 2. Cannot be used in conjunction with any other offers and is subject to availability. 3. This offer can only be used once per customer. 4. TTS Group reserve the right to change these terms & conditions on reasonable notice. 5. Offer is only open to customers based in the UK (inc. Channel Islands and Isle of Man). 6. Discounts are applied to the ex-VAT sub-total amount. 7. Offer is applicable online only and excludes Items included in other promotions 8. Code: PRIMARY must be added into the basket to activate promotion. 9. Use of the code PRIMARY will supersede any other promotions that may have been activated.

Ohbot is an assembled robot head that is programmed by children.

It has seven motors to provide a range of realistic movement. Ohbot is connected to a Windows PC running Ohbot software so that it can be programmed.

Ohbot uses a block programming environment based on the Scratch language which was developed at MIT. Ohbot includes text-to-speech technology so that children can program it to say whatever they like. It also includes face recognition so that it can be programmed to react when it sees a child and follow their movement. Ohbot uses a microcontroller board which allow​s for additional sensors to be used. Compatible with Windows 7/ 8 and 10.

Ohbot is already being used by over a thousand schools and individuals in the UK and around the world and was a finalist in the awards for ICT Innovator of the year at the BETT show in London in 2016.